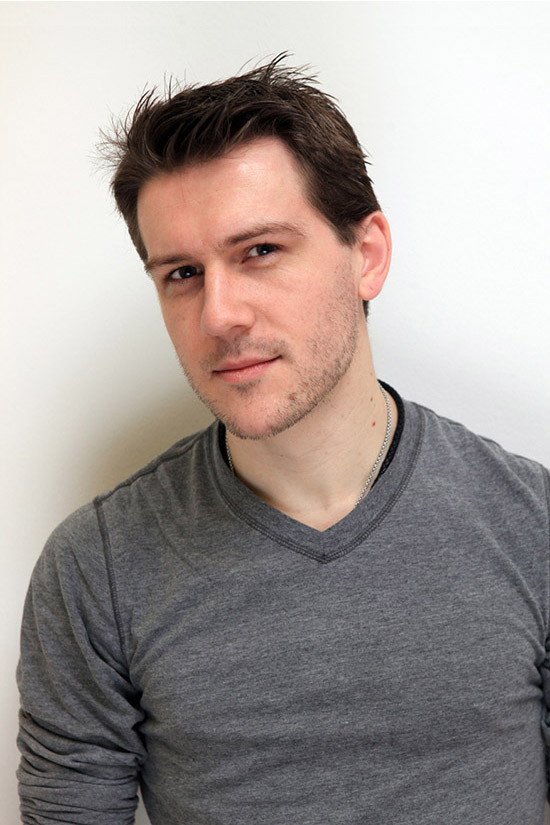 What started the love affair with music for you?
I was brought up surrounded by music. My Mum and Dad are both big music fans and whether I was at home or visiting my Dad, there was usually something musical going on. Hell, I was named after Paul Rodgers and Paul Kossof. I'd sung as long as I can remember, played with keyboards since I was 8 and drums since I was 12, but nothing really pulled me into music until I got a guitar at 16. It changed my life. A month after, I'd already written my first song, but it wasn't until I started singing them that I realised I was much better at singing than I ever would be at guitar. I was listening to songs, going "yeah, I can hit that note," and eventually the desire to be up there at the front, being the guy telling the story, became my life. Not a bad achievement for the awkward, shy kid from school.

What does Albany Down offer that is different to other bands on the show tour and studio scene?
Mainly balls. There's so much bland indie crap around, you can't get away from it. It's either that or guys shouting about stuff that doesn't really matter - to them or us! We've played gigs with loads of both these types of band, and it's hard to tell them apart. We've got a gutsy sound that doesn't shy away from its bluesy roots, and it always stays musical rather than just being loud. I think it sets us apart from the crowd, and when you actually see the look of surprise and enjoyment on people's faces when they see you play for the first time, that's fantastic.

What goes through your mind when you listen to the debut album, South of The City?
I don't like listening to recordings of myself, so I haven't actually heard that much since we left the studio! Having said that, it's pride, mainly. There are some really good songs on there that I think stand up to big mainstream acts. I'm a bit overly-critical though, so I'm always listening and picking out bits that I want to change or things I would have done differently; only my own parts though, never the arrangements or the other instruments. But it's a great list of tracks with a wide range of style and appeal; there's something there for everyone.

What does the name Albany Down mean or signify to you personally?
The word "Albany" for whatever reason makes me think of flying birds. No idea why. Now that I think about it, combined with the word "Down" it creates the same sort of opposite vibes that Led Zeppelin and Aerosmith have; a heavy part and a gentle part. For the rest of the world, it should mean awesome music, great fun, and a desire to go see the shows.

Are you happiest in the rehearsal room, stage or studio?
The feeling of a great crowd reaction can't be beaten. It feeds me, and I could just stand there and absorb it all night. I would love to be able to get a little more involved with the album production next time, since it's an area which I'm personally interested in. But Greg (Haver, producer) was awesome, so I wouldn't want to do anything to piss him off!

If you had a choice of touring any country or continent, where would it be and why?
America, no question. It's the biggest market in the world, with some of the most famous stadiums. To tour the big venues, even just supporting another band would be absolutely incredible. Asia would be cool too, since a lot of the countries there seem to really embrace British rock bands.

What does the dream of a rock and roll life mean to you personally?
Is there anything else? It's all I've wanted since I was 16, and I have no alternative plan! It's pretty much the only thing I think about. We have a fantastic network of support, we've got really good musicians and we're in a very strong position to actually make something of this, so what more can you ask for? I'd settle for being able to make a living from it, but I'll grab global superstardom if it comes knocking.

What comprises your current favourite equipment, for live and in the studio?
For the live shows, a Shure SM58; the finest vocal microphone ever created - wireless if possible. And a great crowd. No idea what we used for the vocals in the studio, but I'd happily use them again. Oh, and LOTS of water.

Please also see our the other Biographies of our band members.